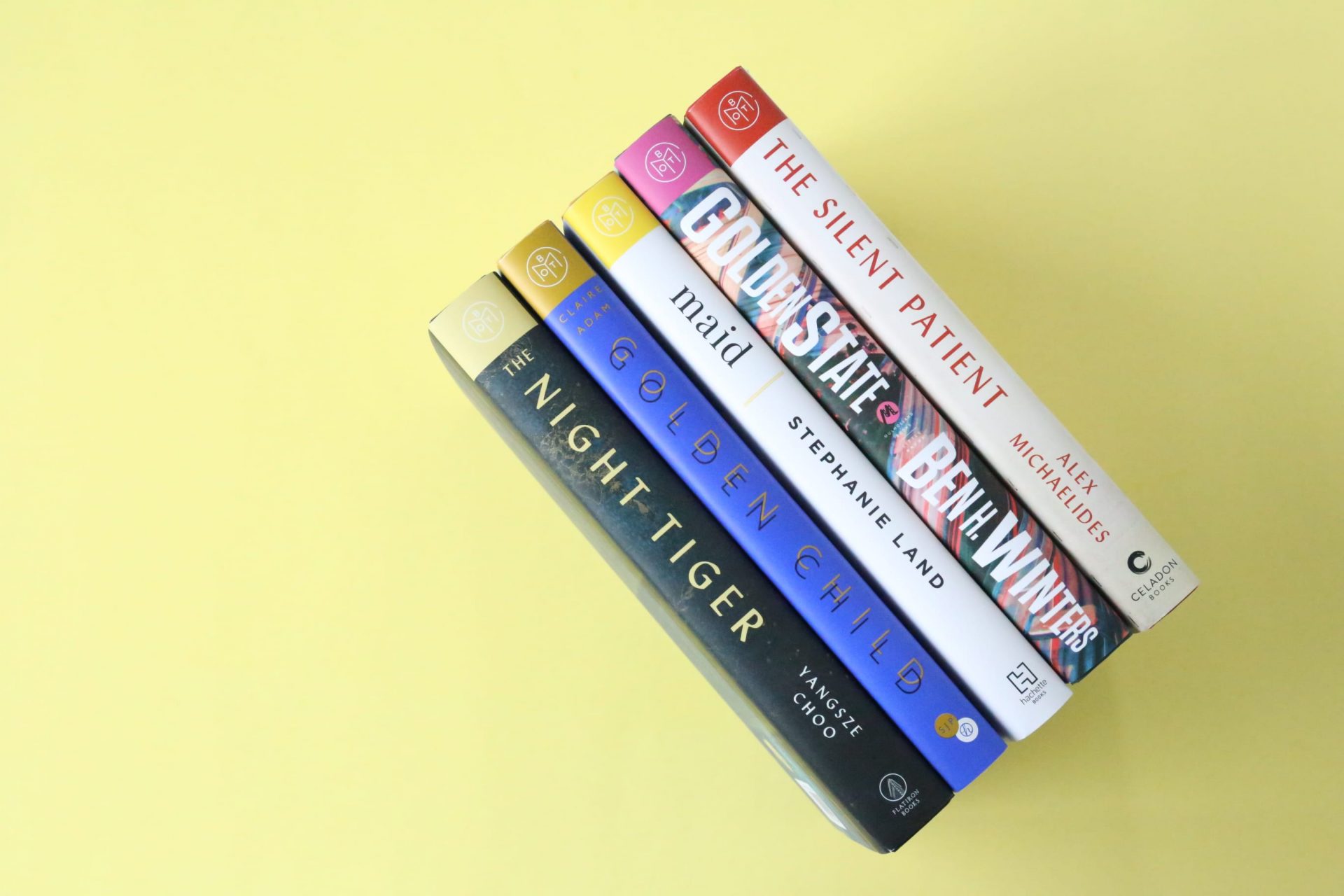 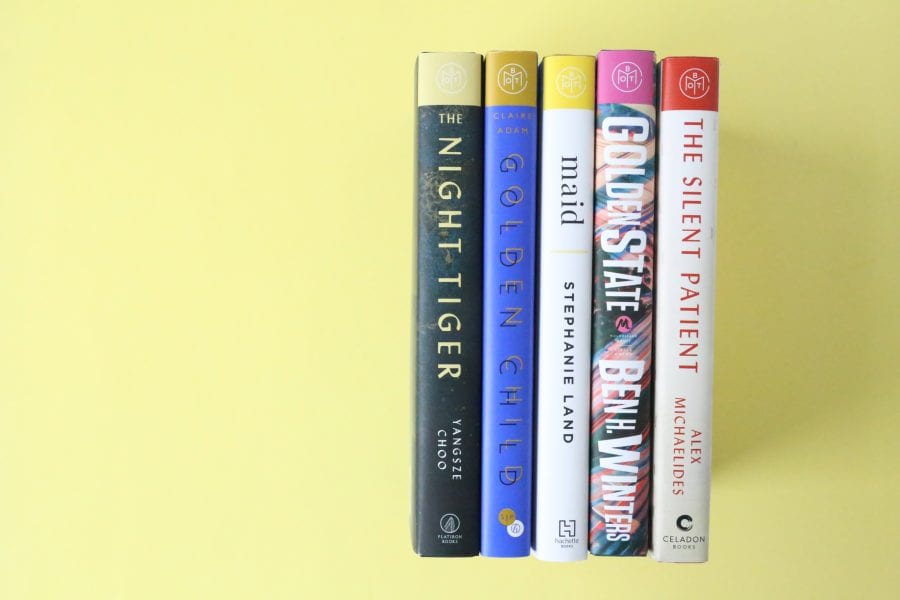 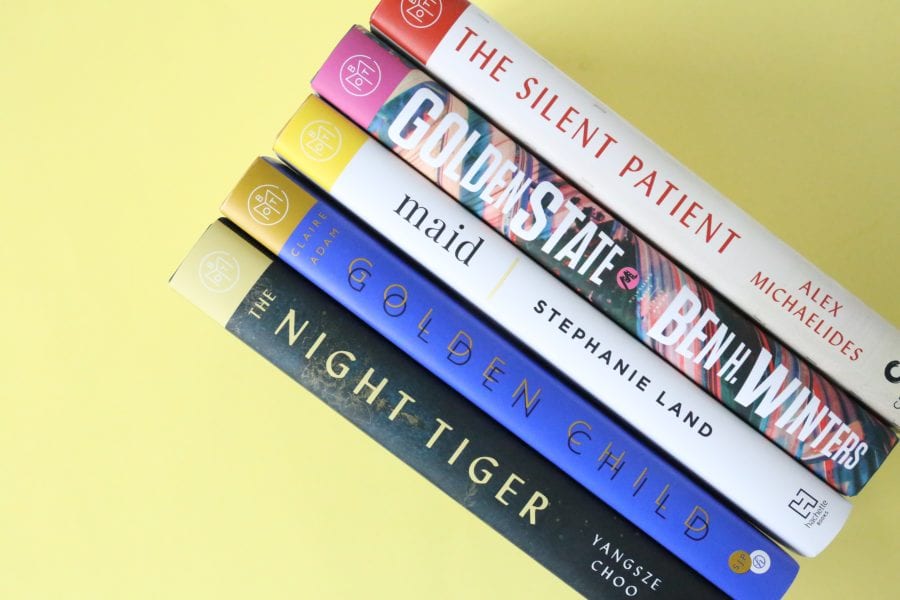 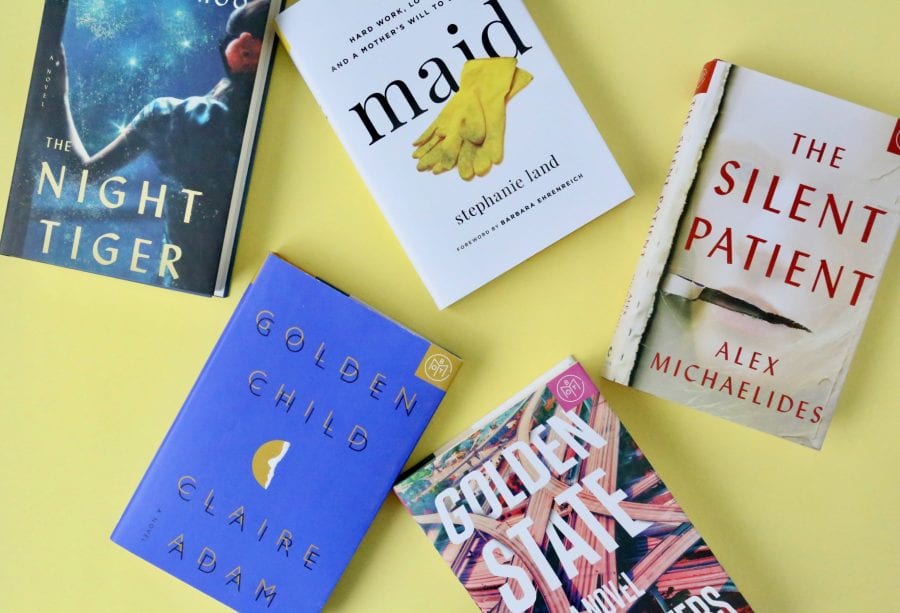 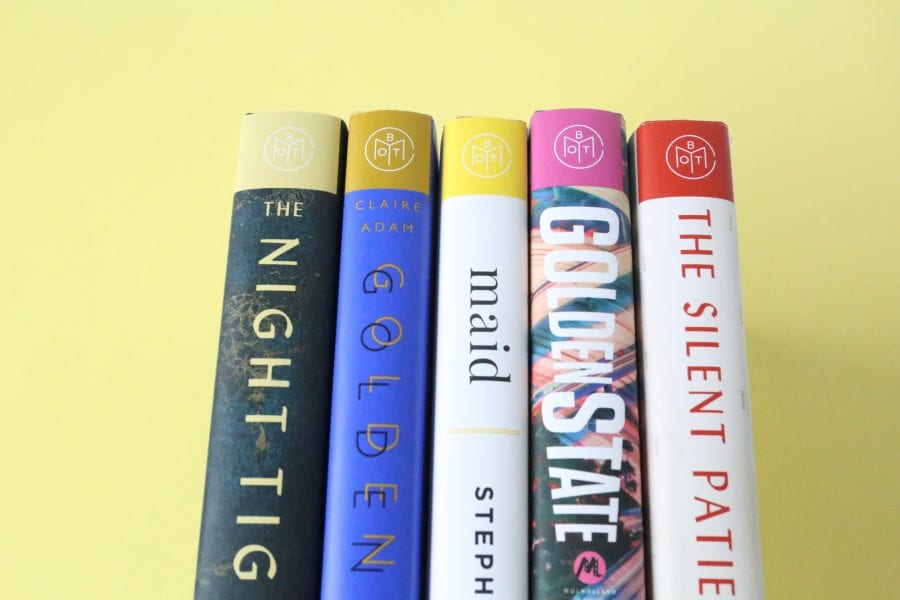 Here’s a closer look at the January Book of the Month selections….. 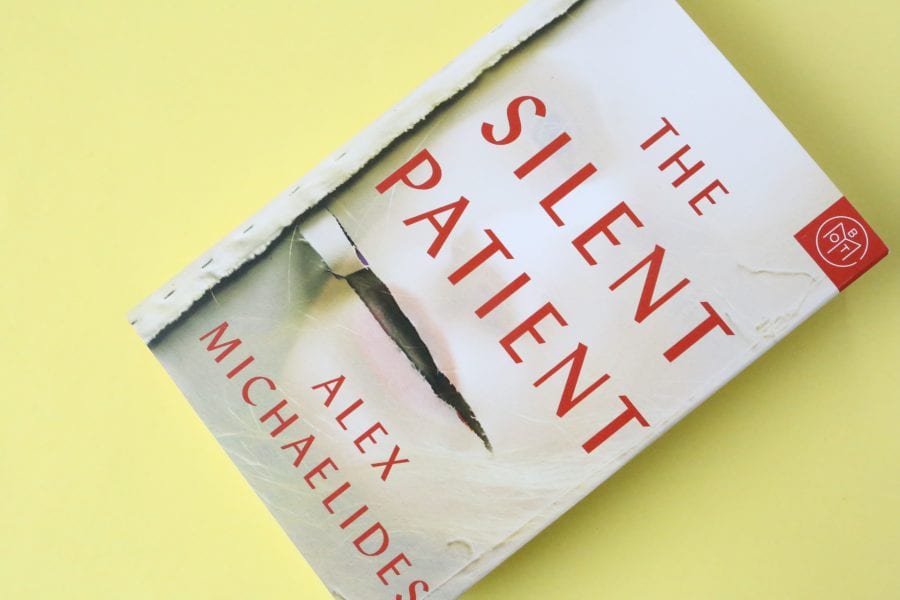 The Silent Patient by Alex Michaelides

Alicia Berenson’s life is seemingly perfect. A famous painter married to an in-demand fashion photographer, she lives in a grand house with big windows overlooking a park in one of London’s most desirable areas. One evening her husband Gabriel returns home late from a fashion shoot, and Alicia shoots him five times in the face, and then never speaks another word.

Alicia’s refusal to talk, or give any kind of explanation, turns a domestic tragedy into something far grander, a mystery that captures the public imagination and casts Alicia into notoriety. The price of her art skyrockets, and she, the silent patient, is hidden away from the tabloids and spotlight at the Grove, a secure forensic unit in North London.

Theo Faber is a criminal psychotherapist who has waited a long time for the opportunity to work with Alicia. His determination to get her to talk and unravel the mystery of why she shot her husband takes him down a twisting path into his own motivations—a search for the truth that threatens to consume him…. 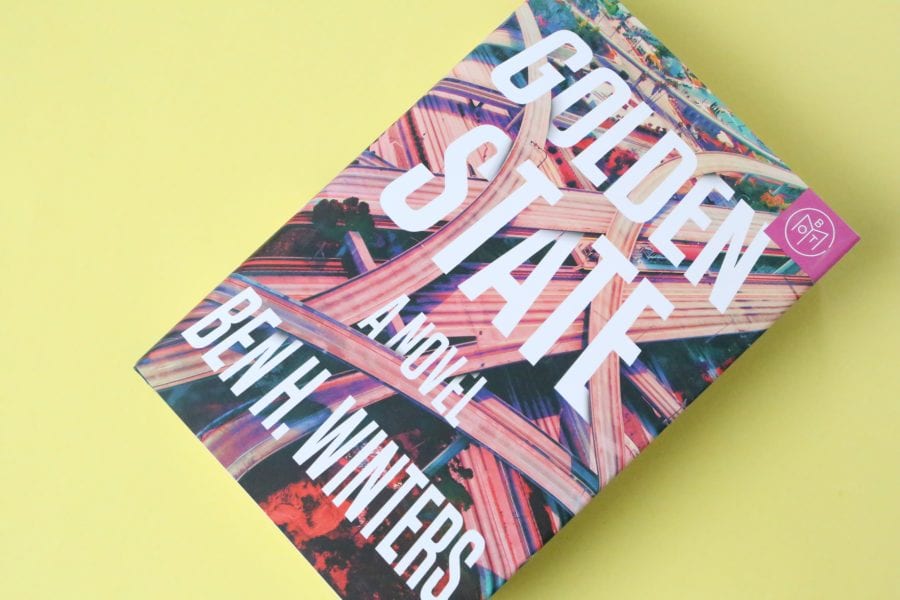 Lazlo Ratesic is 54, a 19-year veteran of the Speculative Service, from a family of law enforcement and in a strange alternate society that values law and truth above all else. This is how Laz must, by law, introduce himself, lest he fail to disclose his true purpose or nature, and by doing so, be guilty of a lie.

Laz is a resident of The Golden State, a nation resembling California, where like-minded Americans retreated after the erosion of truth and the spread of lies made public life, and governance, increasingly impossible. There, surrounded by the high walls of compulsory truth-telling, knowingly contradicting the truth–the Objectively So–is the greatest possible crime. Stopping those crimes, punishing them, is Laz’s job. In its service, he is one of the few individuals permitted to harbor untruths–to “speculate” on what might have happened in the commission of a crime.

But the Golden State is far less a paradise than its name might suggest. To monitor, verify, and enforce the Objectively So requires a veritable panopticon of surveillance, recording, and record-keeping. And when those in control of the truth twist it for nefarious means, the Speculators may be the only ones with the power to fight back. 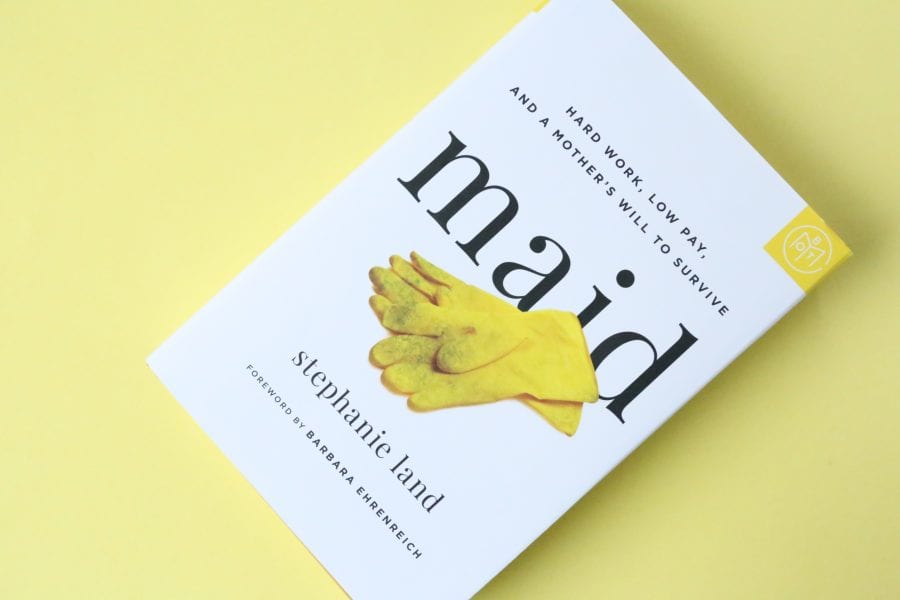 Evicted meets Nickel and Dimed in Stephanie Land’s memoir about working as a maid, a beautiful and gritty exploration of poverty in America. Includes a foreword by Barbara Ehrenreich.

“My daughter learned to walk in a homeless shelter.”

While the gap between upper middle-class Americans and the working poor widens, grueling low-wage domestic and service work–primarily done by women–fuels the economic success of the wealthy. Stephanie Land worked for years as a maid, pulling long hours while struggling as a single mom to keep a roof over her daughter’s head. In Maid, she reveals the dark truth of what it takes to survive and thrive in today’s inequitable society.

While she worked hard to scratch her way out of poverty as a single parent, scrubbing the toilets of the wealthy, navigating domestic labor jobs, higher education, assisted housing, and a tangled web of government assistance, Stephanie wrote. She wrote the true stories that weren’t being told. The stories of overworked and underpaid Americans.

Written in honest, heart-rending prose and with great insight, Maid explores the underbelly of upper-middle class America and the reality of what it’s like to be in service to them. “I’d become a nameless ghost,” Stephanie writes. With this book, she gives voice to the “servant” worker, those who fight daily to scramble and scrape by for their own lives and the lives of their children. 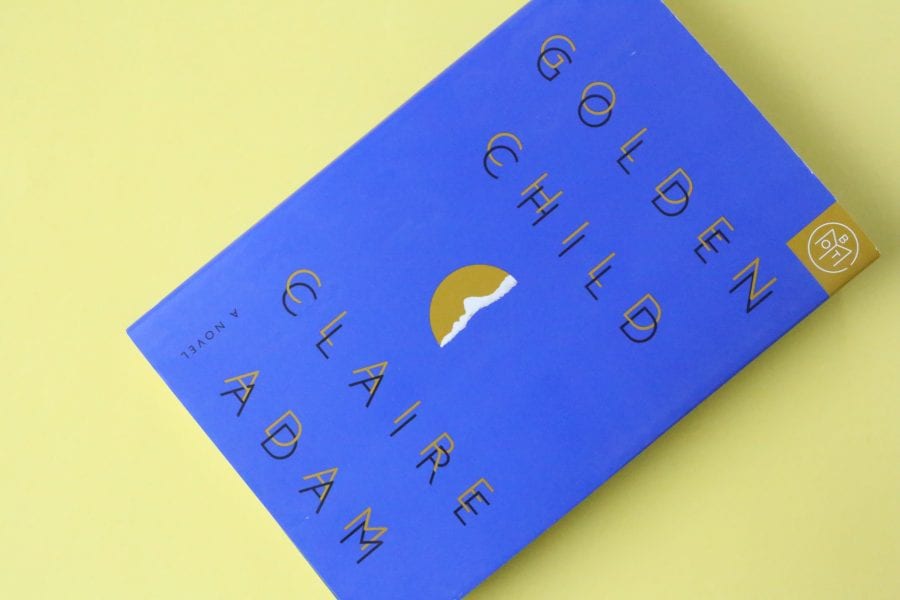 Rural Trinidad: a brick house on stilts surrounded by bush; a family, quietly surviving, just trying to live a decent life. Clyde, the father, works long, exhausting shifts at the petroleum plant in southern Trinidad; Joy, his wife, looks after the home. Their two sons, thirteen years old, wake early every morning to travel to the capital, Port of Spain, for school. They are twins but nothing alike: Paul has always been considered odd, while Peter is widely believed to be a genius, destined for greatness.

When Paul goes walking in the bush one afternoon and doesn’t come home, Clyde is forced to go looking for him, this child who has caused him endless trouble already, and who he has never really understood. And as the hours turn to days, and Clyde begins to understand Paul’s fate, his world shatters–leaving him faced with a decision no parent should ever have to make.

Like the Trinidadian landscape itself, Golden Child is both beautiful and unsettling; a resoundingly human story of aspiration, betrayal, and love. 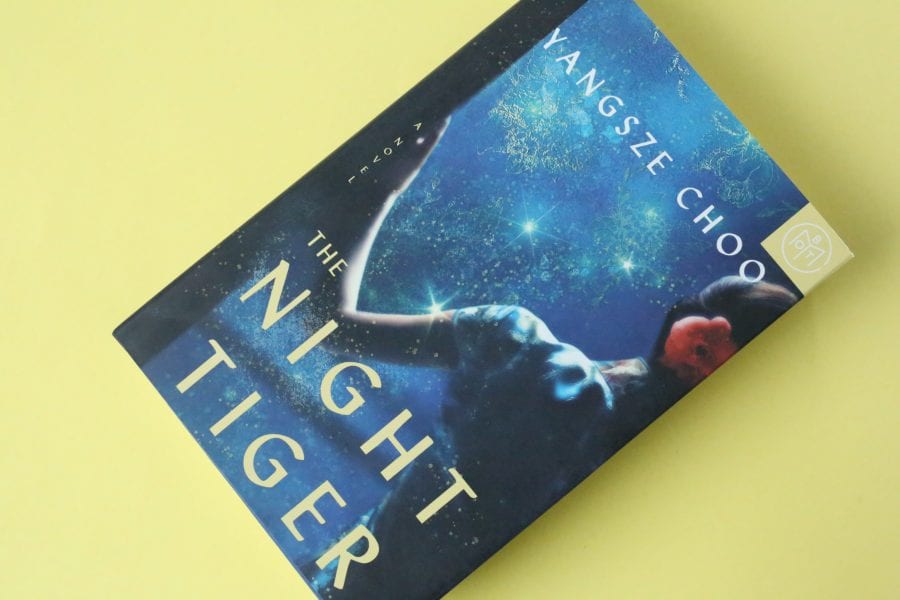 The Night Tiger by Yangsze Choo

Quick-witted, ambitious Ji Lin is stuck as an apprentice dressmaker, moonlighting as a dancehall girl to help pay off her mother’s mahjong debts. But when one of her dance partners accidentally leaves behind a gruesome souvenir, Ji Lin plunges into a dark adventure: a mirror world of secrets and superstitions.

Eleven-year-old Chinese houseboy Ren also has a secret, a promise he must fulfill to his dead master: to find his master’s severed finger and bury it with his body. Ren has 49 days to do so, or his master’s soul will wander the earth forever.

As the days tick relentlessly by, a series of unexplained deaths wrack the district, along with whispers of men who turn into tigers. Ji Lin and Ren’s increasingly dangerous paths crisscross through lush plantations, hospital storage rooms, and ghostly dreamscapes.

Yangsze Choo’s The Night Tiger pulls us into a world of servants and masters, age-old superstition and modern idealism, sibling rivalry and forbidden love. But anchoring this dazzling and propulsive novel is the intimate coming of age of a child and a young woman, each searching for their place in a society that would rather they stay invisible. 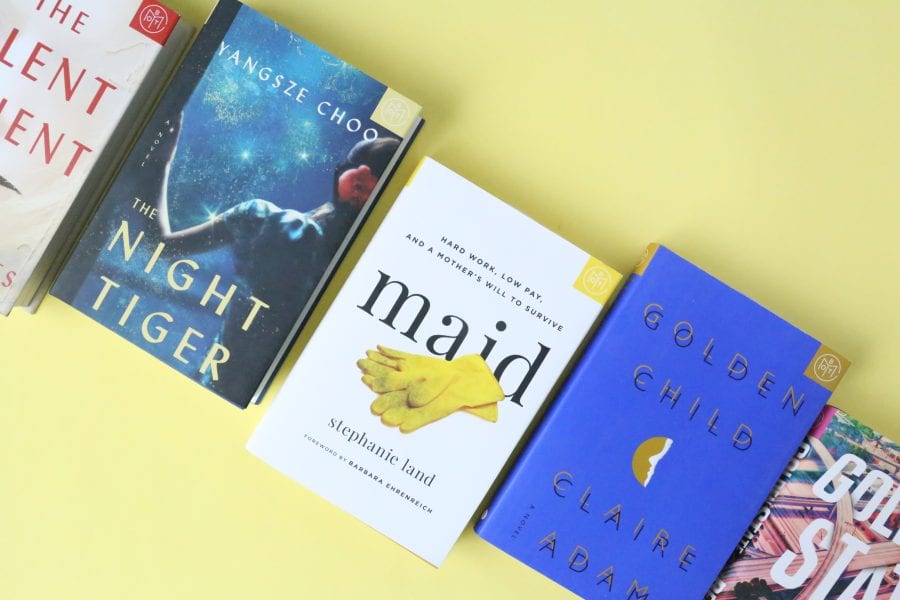 My Book of the Month selection for January was The Silent Patient by Alex Michaelides, but that should come as no surprise. I’m still going through my thriller phase and always reach for the suspense book first. Book of the Month is really great at providing a selection of books each month that fall under a number of different book categories. The Silent Patient is classified as a thriller, fiction and mystery novel. I was drawn to it for the simple fact that the main character remains silent for the majority of the book. I NEEDED to know why she refused to speak. The book didn’t grab my attention as quickly as some of the previous thriller books have, but it still kept me wanting to read more. The plot twist at the end was one that surprised me, but looking back now I realized I should have figured it out. It’s not my favorite Book of the Month selection but I would still recommend it to anyone who likes a good mystery.

What book did you choose this month?